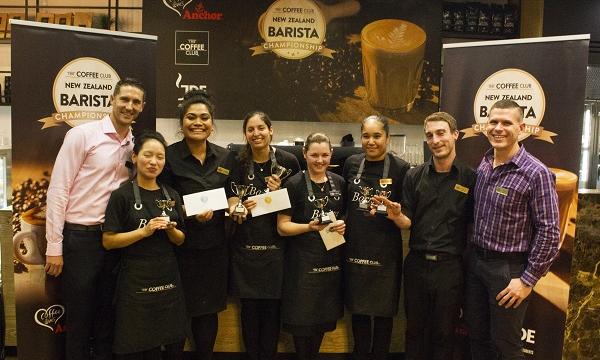 Six finalists took on the challenge of making eight coffees in under 10 minutes at The Coffee Club’s packed Lunn Ave cafe on Tuesday 23 May.

Ramirez, from The Coffee Club Remarkables Park, was waiting on a renewed work visa, which only came through just in time so she could take part in the competition. In the end, she was judged the best in the competition in which technique is judged as closely as the final beverage itself. She will now go onto to take part in the Global Barista Championship Final which will take place at The Coffee Club’s Global Convention in Brisbane in August.

“I was shaking making my coffees,” Ramirez said.

“There were lots of people watching, and the timing aspect was challenging. Plus, it was a different set-up to what I am used to, things were in a different place.”

Ramirez credits her win to practice and learning, “I pay a lot of attention and really care about it. I have received a lot of excellent training on how to make coffees, and I watched YouTube videos as well to help me improve. I am really looking forward to going to Australia, I have never been. I am going to work on getting quicker and improving my latté for the championships.”

Brent Williams, Head of Coffee for The Coffee Club International said the championships were all about inspiration. “We want to get our teams excited about coffee and that there’s real pride and art that goes into an excellent cup of coffee. Judging the baristas is extremely thorough, we’re looking at how they set-up their space, the extraction, everything. It has to be perfect.”

The Coffee Club New Zealand Barista Championships saw five judges scrutinise every aspect of the finalists’ performances. Two judges oversaw the technical evaluation, judging 20 different criteria in the preparation and making of the coffees. Finalists were required to make eight coffees for the sensory judges, containing two espressos, flat whites, lattés, and cappuccinos. The judges were made up of a team from The Coffee Club, Fonterra and Jacobs Douwe Egberts.

For Andy Lucas, Director of The Coffee Club New Zealand, the championship was a chance to reflect on a culmination of successes. “It’s great to see our baristas taking part in this. So many of them have been with us for years, I think it’s a testament to the environment we’ve built with our franchisees and team members, and that hospitality is being seen as more of a career than just a job.”

“We’re looking forward to doing this again next year. I hope we see even more competition. And, of course, I’m hoping Ana wins it for New Zealand at the Global Barista Championship Finals. We’ll be cheering for her!” 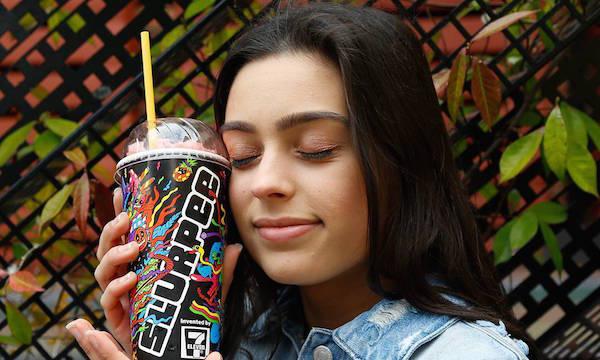