The Penrith restaurant is expected to open mid-2021.

Seagrass Boutique Hospitality Group, announced it has signed a deal with the Panthers Group to open its first Five Guys venue in Penrith, Sydney in 2021.

The 500sqm restaurant will be adjacent to the first Krispy Kreme store in Australia, next door to the Panthers League Clubs, and in between KFC and McDonalds, stretching along Mulgoa road, considered one of the busiest roads in Western Sydney, pulling in over 40,000 vehicles a day.

The build of the store will commence in the next several weeks and is scheduled to open by mid-year 2021.

Seagrass’ initial plans for Five Guys were to open the first store in the CBD, but said they needed to “embrace a dual strategy” due to COVID-19, requiring major suburban hubs be included during the site selection process.

“This exciting new restaurant will bring with it fantastic job opportunities in coming weeks for experienced restaurant managers and leaders. As well as high energy hospitality individuals looking to start a career with an expanding business that puts their people first,” Five Guys brand operations manager Robby Andronikos said.

Speaking to QSR Media, Andronikos revealed the site will include a window for click and collect window as well as designated parking for  pick up of orders purchased via the Five Guys app.

"Five Guys branding and menus are very traditional menu boards, no fuss, and consistent across the world. There will be fan boards, allowing customers to draw pictures about their experience," he added.

“After a competitive process, we decided that aligning with a strong hospitality leader like Seagrass BHG to be able to introduce an iconic international brand like Five Guys to Penrith was in the best interest of our members and community,” Panthers Group head of property Matthew Leavey said, telling QSR Media they hope to attract people from "all over Sydney and the Blue Mountains."

"We’d love everybody to try Five Guys...we see it as a great option for the family market," he explained.

Tim Andrews, retail director for Stonebridge Property Group, represented Seagrass in identifying and progressing sites, and commented that “both the Panthers Group and Seagrass have tremendous confidence that Penrith and Panthers will be an outstanding Five Guys location.”

Several additional sites are also under consideration. Seagrass said it will continue to pursue premium locations in the CBD with “high visibility, foot traffic, and the core corridor from Circular Quay, to Darling Harbour and Broadway." 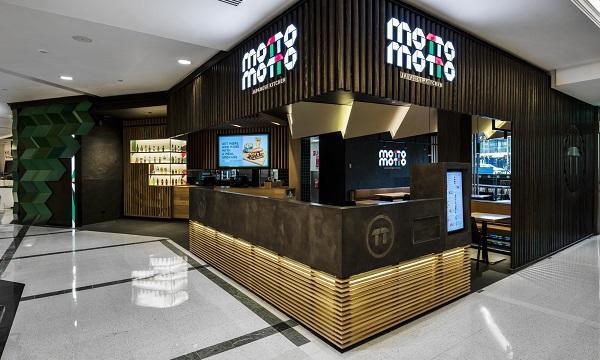