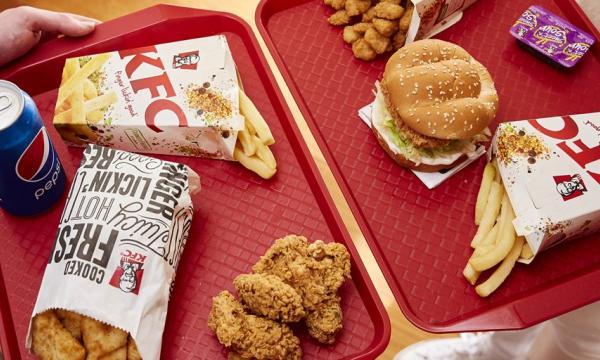 Earth 911 reported that the newest trend in sustainable burgers has brought the introduction of the blended burger — a beef patty blended with mushrooms. It still has real meat for those who just don’t want to give it up, but its carbon footprint is significantly smaller. Read more here.

Subway took the top spot out of the 24 fast food chains included in this year's Ratings, earning a score of 83% and placing second overall out of 318 companies across 20 industries. Popeye's came in a close second with a rating of 81% and an overall rank of 12th. Two other fast food chains received "excellent" ratings: Panera Bread and Little Caesar's, both of which received a score of 80% and placed 17th overall. Click here to view the results.

According to an article on Korea Times, Domino's Pizza has come under criticism for its GPS Tracker service the pizza giant launched in South Korea recently in cooperation with SK Broadband. Some deliverers allege Domino's forced them for several months to agree to use the service that discloses their personal data, such as photo, name and mobile phone number. Read more here.