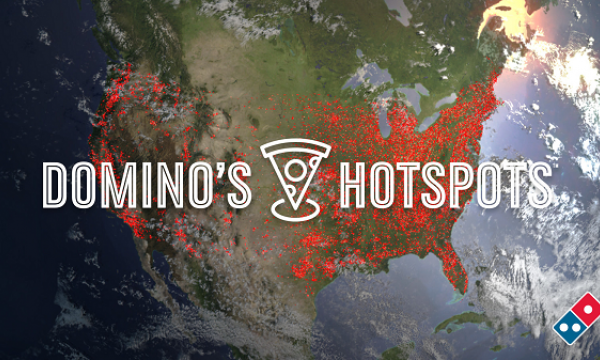 Starbucks recently closed 8,000 stores for a day to conduct racial bias training to around 175,000 employees, following an incident in Philadelphia where two black men were arrested at a store while waiting for a friend because they did not order.

CNN reported on the training exercises, where employees – in pairs and as a group – reflected on the meaning of bias, privately jotting down thoughts in a customized notebook outfitted with prompts about identity and race. They also reportedly ran through scenarios that may elicit a biased reaction, practiced welcoming behaviors, and committed to changing their habits.

A video was also shown, aiming to illustrate the daily struggles of persons of color. Watch the video here.

Domino’s is now giving customers the chance to submit their own recommendations for Domino's Hotspot delivery locations across the United States.

The global pizza company previously launched more than 150,000 Hotspots last April, giving customers the option to receive deliveries at locations without traditional addresses such as dog parks, beaches and sports fields. Now, they are adding more local delivery spots based on customers' feedback at dominos.com/suggestahotspot.

"We're excited to now have a system for customers to share those locations with us, making our easy-to-use Domino's Hotspots even more relevant to our local neighborhoods," Domino's chief digital officer Dennis Maloney said. Read more here.

A new report by Grand View Research, Inc. says the global sugar substitutes market size is expected to reach USD 19.1 billion by 2024, posting a CAGR of 4.2% during the forecast period.

The research body surmises that growing awareness and rising consumer inclination towards low-caloric food and beverages, especially in developing countries, are “likely” to help the market gain significant momentum over the forecast period. Read more here.