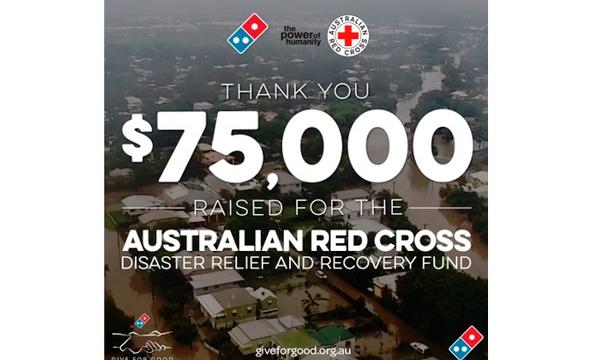 The raised funds also includes a donation by the company’s registered charity.

All funds raised during the 'Doughraiser' will go towards the Australian Red Cross Disaster Relief and Recovery Fund, which supports Red Cross’ work in domestic emergencies.

“Our fellow Queenslanders in North Queensland are doing it really tough right now and we wanted to throw our full support behind them by raising vital these funds for the Red Cross Disaster Relief and Recovery Fund,” Domino’s CEO for Australia and New Zealand Nick Knight said.

Teams from their eight Domino’s Townsville stores also delivered more than 2,000 pizzas to emergency workers, including Army and evacuation centres across North Queensland.