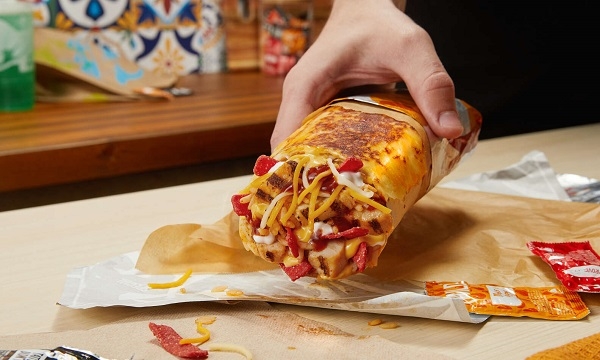 Starbucks shareholders rejected the coffee giant’s executive compensation proposal, seen as a rare rebuke to a U.S. company. The Wall Street Journal reported that the rejected plan included a $1.86 million payout for CEO Kevin Johnson for its fiscal 2020 year $50 million in retention pay if he sticks around through fiscal 2022. Read more here.

Popeyes announced it signed a new agreement with JK Capital to bring “hundreds” of new restaurants to Mexico “over the coming years”, it said in a news release. The chain’s presence in the country is currently limited to Guadalajara and expects to expand with new restaurants in Mexico City later this year. Read more here.

In celebration of its 59th anniversary, Taco Bell announced the trial of new menu items starting at $1 across selected U.S. restaurants. Items include spicy tacos and an enchilada-grilled cheese-burrito mashup, according to Thrillist. Read more here.

U.S.-based restaurant chain Torchy’s Taco is planning an initial public offering (IPO). Citing “people with knowledge of the matter,” Bloomberg reported the brand is working with Morgan Stanley, Bank of America Corp and J.P. Morgan & Chase Co. Torchy’s, which has more than 75 restaurants throughout the South and Midwest, could raise roughly $300 million and be valued at nearly $1 billion. Read more here.

Shake Shack has teamed up with Uber Eats to launch delivery in the U.S. via its ordering app today. Nation’s Restaurant News reported that the chain is charging a 99-cent flat fee for deliveries under $35 whilst larger orders are delivered for free. Shake Shack noted that app- and web-based sales in the fourth quarter of 2020 grew by 350% year-over-year and accounted for nearly 60% of total sales. Read more here.