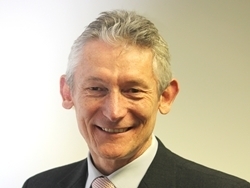 Issue of the Month, what will 2013 hold for the QSR industry?

This week leading strategy advisor Rod Young of DC strategy gives us his predictions for the year ahead.

Business prospects in Europe are poor and the outlook is very soft.

America is just flattening out after huge falls in property values as the effects of the GST are washed out. Prospects for growth there are minimal and the market is mature.

Both these huge economic regions have substantial franchised and non-franchised QSR businesses which are looking abroad for growth and Australia represents a safe and potentially lucrative market in which to establish a foothold in the growing Asian timezone.

Menchie's, America's fastest growing Frozen Yoghurt group has established a foothold in Adelaide and plan an aggressive roll-out, and Tasty Delight the big US soft-serve brand has opened its first stores here.

There is also the drift of very profitable Indian, Chinese and Asian foodservice networks which see Australia as having the palate for foods from the region and the entry of South American themed restaurants also bring concepts from overseas markets.

There is a raft of other foreign players which have approached DC Strategy to plan their entry into this market and more will follow as word gets out that Australia has much to offer the QSR market.

The combination of high rents, expensive media and heavy competition in major cities will see the pursuit of profits translate into more QSR in regional Australia.

And with growing sophistication in these markets driven by population drift from the capital cities to larger regional centres - the demand for diverse, quality food will only increase.

Cities like Wagga Wagga in NSW have been very profitable for food operators and some of the highest volume foodservice businesses in Australia have enjoyed a home in that regional city of just 50,000 people.

Rather than compete for high cost media, a local operator can be on television and radio in regional Australia and have more profile with better PR and real estate exposure than they could ever dream of in Sydney or Melbourne and take the advertising fight up to the KFC's and McDonald's of the world in a way not possible in saturated markets.

3. Ethnic foods will emerge grow to reflect our changing demographic.

As more new migrants from exotic locations reach our shores, and as Australian's travel abroad to more of these locations to experience new flavours, the market for an ever wider variety of ethnic foods will develop.

We already see Nepalese, Mongolian and Balkan restaurants and a growing middle eastern influence in Lebanese, Turkish, Palestinian and other Arabic foods that cater to the religious and food preferences of not only those migrants but a growing number of the average Aussie’s more sophisticated palates.

This will be a slow but growing trend which will step into the growth curve previously enjoyed by Vietnamese and Thai restaurants when the Asian migration boom commenced. The health benefits of Middle Eastern foods are also seeing growth emerge in this sector and Halal only restaurants are now well established in some suburbs.

4. Branding and Franchising will go hand in hand to drive real growth.

There are few if any national QSR networks that are not franchised and the growing cost of employed labour (Super increases to 9.25% on 1 July and will escalate to 12% by 2019) will accelerate the mix of franchised outlets in 2013.

Franchising will be consolidated as the new HR strategy for both established and growing QSR networks as the company-owned stores become more difficult and less profitable to operate.

Branded networks will continue to emerge as the dominant and most profitable of businesses in the sector and new design and constant evolution of fit-out and signage will be needed to keep front of mind with an ever more fickle public demanding new and better experiences.

The rewards are being reaped by those who invest in re-branding and re-design and not just of the premises but the offer.

A good example is Spudbar, a middle of the road Melbourne-based QSR which embarked on a whole new look and feel including a menu revolution. The rewards were substantial with revenues rocketing over 20%.