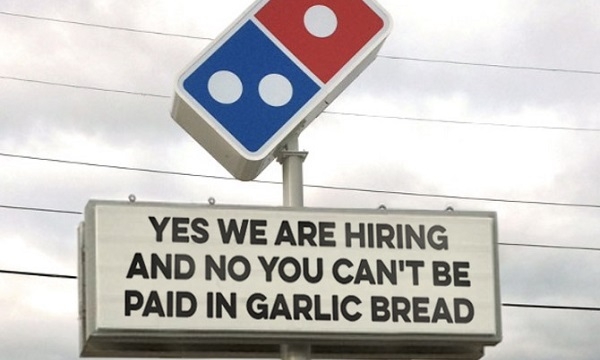 Domino’s announced it is hiring an additional 2,500 staff across its 710 stores nationwide.

ANZ CEO Nick Knight, who started in the business as an in-store team member, said the company was “privileged to be in a position to hire in the current landscape.”

“With JobKeeper now finished and many people still struggling to find meaningful work, we are fortunate to be in a position to give thousands of Aussies looking for work the opportunity to do so,” he said in a media release.

“Domino’s is proud to pay amongst the highest wages in the industry, including penalty rates for late nights, weekends and public holidays, as per the Fast Food Industry Modern Award. This includes delivery drivers who are hired as employees, not contractors, with the same entitlements as other team members.”

Last March 2020, the ASX-listed company announced it was hiring 2,000 workers in a bid to boost its delivery services.

Domino’s said it introduced a number of proactive safety measures to ensure the safety of team members, including COVID-19 training, Zero Contact Delivery, social distancing, mask use, temperature testing and others.