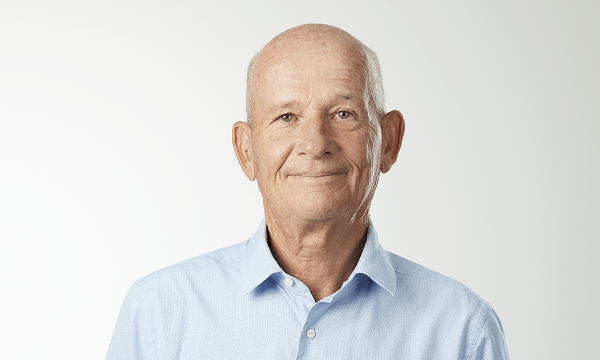 Retail Food Group (RFG) is the latest major food & beverage company to bet on additional off-premise channels to offset the lingering impact of COVID-19 to its shopping centre locations.

Executive chairman Peter George told QSR Media that the company’s Gloria Jean’s Coffees (GJC) brand would aim to have about 17 drive-thru locations by the end of their next financial year.

"It will be, certainly, the engine room of future growth,” he said. “We're not restricting ourselves to a fully-fitted out standalone drive thru site; we're looking at lower-cost entry, such as converted shipping containers that sit in the driveway of a service station.”

Gloria Jean’s saw 20% growth in the first six months of the current financial year compared to the same period last year, George said, adding high streets, suburbs and rural areas would be considered for such locations.

RFG also expects to have around 40 vans under the Donut King brand in the next six months, which also serves as a continued play to improve their mobile coffee network whilst counterbalancing the lost sales in shopping centre environments.

“The problem that you have with mobile brands is that there's not a great deal of brand recognition out in the marketplace,” George said, also commenting that RFG’s The Coffee Guy and Cafe2U “don’t particularly resonate.”

Loyalty programmes will also be a key strategy for the group, in a bid to drive continued engagement and reach a younger base.

“Our chains are older...and many of our loyal clientele are older people. So we have to be in the customer acquisition and retention game with new ones as a result of the competition.”

“The group has weathered the storm well”
George’s comments come as RFG unveiled its half-yearly earnings for the first six months of the financial year, which offered a snapshot of how the pandemic contributed to their “mixed” results.

“We thought Brumby’s was not going to be one of our growth brands 12 months ago,” admitted George, adding that they are now planning to introduce coffee into the brand’s network.

Its pizza division, meanwhile, saw a 6.7% lift in sales, with Crust’s value menu having been successful in adding new customers, aside from benefiting from locked-down customers opting for takeaway food.

At a network level, shopping centre-based brands including Gloria Jean's, Donut King and Michel's Patisserie saw a 2.6% decline in same store sales, but were flat at decline of 0.3% when stores in Victoria were taken out.

Including the cumulative impact of underperforming outlet closures, total network sales for the half fell 13.2% to $224 million.

“It’s been a very patchy result. But overall, I'm very pleased with where we've got to,” George said. “I think the group has weathered the storm well, and things that we've put in place—where it's within our control—are working. So we're very happy with where we are in the circumstances.”

George ruled out opening in shopping centres in the short-term, but says they will factor in potential vacancies that may occur in the next 12 months.

“The key driver of the company now is about the wealth of our franchisees, so everything we do is about driving sales and cost reductions for them so that they get a return—maximize the return on the investment they've made.”

George referred to the company’s U.S. operations as the first point of potential growth, whilst also looking at modifying their master franchise model, citing joint ventures with local property developers as an example.

In RFG’s report, the company said it was difficult to predict financial outcomes given the ongoing uncertainty due to COVID-19 and the pending impact of the withdrawal of government support, including JobKeeper. The company received $3.8 million in JobKeeper payments in 1H21.

“Things can change quite rapidly, as we saw in Victoria a couple of weeks ago,” George said. “I think the biggest factor for me is the psychology, particularly of our customers in Victoria. I can understand why people are frightened to sit down at a cafe and have a cup of coffee. I'm looking forward to the time when that doesn't happen.”

RFG, in its earnings report, stressed the allegations were “historical matters” under former leadership.

“Should the ACCC be successful in the proceedings, this could result in the imposition of potentially significant penalties for the Group,” George stated in the report. “That said, RFG intends to defend the proceedings.”