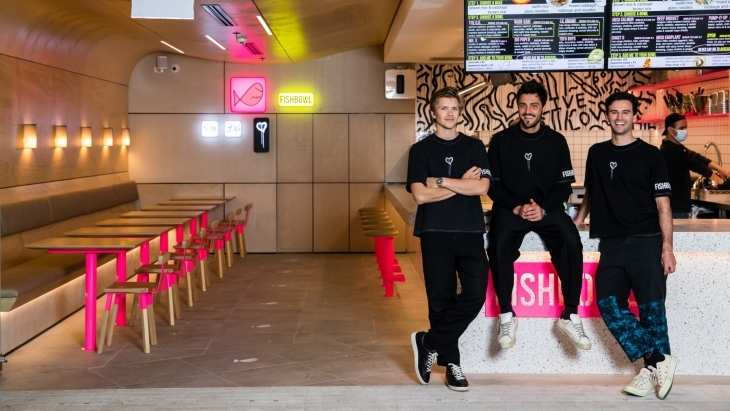 Co-founders Nathan Dalah and Nicolas Pestalozzi reflect on the brand's origins and reveal insights on how they were able to grow their brand portfolio.

Known for displaying seasonality, precision and quality in an array of vivid colours, Japanese cuisine remains credited for being one of the key ingredients for changing the world’s culinary landscape, becoming a constant fixture on every high street.

The cuisine’s reputation for displaying complexity through the simple was a key inspiration for the origin of Fishbowl, a salad chain that Nathan Dalah thought of during his time at university in 2016, wanting to combine his passion for cooking and eating different dishes.

“I was basically there trying to work out what it is I was going to do to get myself out of uni. I just wasn't really wasn't a patient person, I knew that I wasn't really going to use my degree,” he admitted to QSR Media in an exclusive interview.

“In coming up with Fishbowl, I was looking at the space thinking [that] it's really hard to get beautiful, healthy food. For starters, I couldn't see anyone that was doing it with that element of style [and] personality.”

The gap, he claims, was glaringly obvious: there was not a place where they could pick up a healthy meal for under $15 to $20.

Dalah always knew he'd end up working with co-founder Nicolas Pestalozzi, a friend in uni that he approached when he was in the process of setting up the business. After Pestalozzi expressed interest, the concept snowballed and resulted in the opening of a 28sqm restaurant at Bondi Beach in the middle of winter that same year. Co-founder Casper Ettelson, whose older brother was a friend of Dalah and Pestalozzi’s, became part of the business shortly before they opened.

Dalah recalled combining his savings with contributions from the landlord to come up with enough money to fund the store. Pestalozzi took pride in their attention to detail in the maiden outlet’s design. From the floor to the outlet's bar and the clothes that they wore, he described it as giving a “lot of love and passion” going to those different elements.

“We felt like if we could combine our interests [and] our passions for a range of different things and use one little restaurant as the vessel for that, a lot of it would resonate with a lot of other people,” Pestalozzi said. “A lot of these things are quite topical at the moment and being pushed by a lot of other brands, [those] were just a given for us.”

“We still opened while we were both at uni, Nick continued to finish his degree. I didn't. And I guess...Fishbowl was my degree. To me, I felt like I was learning just by setting up a store. And especially in those first few weeks and months, I'm just dealing with real estate agents, landlords, banks, accountants, insurance people - all these different stakeholders,” Dalah added.

“Nic and I just sort of learned [by] eating sushi and [going to] every Japanese restaurant in town and working out what flavors that we liked and didn't like, and what flavors we actually thought could be reinterpreted and will work in a salad,” Dalah said. “Getting it right is a deceivingly complex exercise, but we just thought: ‘The product is simple and fresh. We need to source the best seafood and protein that we can find and the best fresh produce and base ingredients that we could find.’”

There was constant back and forth, with hundreds of different products, recipes, combinations and flavors, he added. Menus became increasingly plant-based, something they found themselves leaning into a lot more in later years.

Fishbowl’s menu also moved away from seafood, finding that the core customer base was coming to them because of their salads. Pestalozzi revealed a 60:40 ratio between females and males in terms of consumers in CBD locations whilst 25-40 year-olds make up the majority in locations near suburban areas. Despite targeting specific psychographics, the brand says they are actively trying to appeal to all age groups.

Being a healthy eating concept that highlights customisation, Fishbowl’s co-founders say some of the trends seen in the industry were second nature to them.

“It's good to see. It's good for people, it's good for the planet. And I think it's a really important part of where food's going. I think that it needs to head in that direction,” Dalah said.

Towards an ecosystem of food
Five years after opening in Bondi, Fishbowl has emerged as one of the country’s brands to watch, and is determined to create what Dalah refers to as an “ecosystem” of food, aiming to reach customers across all dayparts with brands under the same umbrella.

Now, the salad chain has 29 locations, three of which are ghost kitchens. The other two are maiden locations for Side Room, a concept inspired by contemporary Australian and Middle Eastern cuisine that has breakfast options; and Fish Shop, their avenue to further highlight sustainably-sourced seafood that started as another option for customers during the height of COVID.

“We saw it is actually starting to build out this ecosystem of food - a place where the same set of brands with the same set of values could actually exist under one umbrella and...serve people's needs with respect to breakfast, lunch, dinner, [and] a fun night out. At our core, each of those three brands - Side Room, Fishbowl, Fish Shop - they're really all doing the same thing,” Dalah said.

The co-founders aim to open a store every month in a new market whilst building Fishbowl’s footprint in Sydney and Melbourne. (“We've barely scratched the sides in terms of those two cities,” Dalah said.) Later this year, they will be opening a store in QLD, located in Burleigh Heads, followed by additional stores in the Gold Coast and in Brisbane. A total of eight Fishbowl sites are planned before the year ends, Dalah confirmed. Stores are self-funded, with its leaders using earnings to build a new restaurant.

Side Room will open two more stores later this August whilst a second Fish Shop will open in an “iconic” location in Sydney.

“In order to have a big impact, we feel that presence - particularly store presence - is a really important part of that. We want to exist in every corner of Australia. We believe that our product has a lot of potential in overseas markets, and we'd love to be able to go, whether it's the U.S. or Europe or Southeast Asia,” Dalah said, naming New York and Los Angeles as specific cities for entry.

Succeeding stores will also have clear lines for in-store and delivery points. Online ordering will also get an upgrade, as the chain is experiencing growth in the channel.

“Moving forward, that's a big part of our business. We're in the process of redoing our website. And ultimately, we would like to have that, you know, as an app on the phone,” Pestalozzi said.

With their first store serving as a vessel for their interests, the co-founders envision the brand to be the same for its customers in terms of making healthier decisions over the next years.

“I think if we can just put ourselves in a position where we're allowing customers and new people to at least make those healthier decisions between themselves and their friends, we can have a lasting impact on our community. One of the motivations for growing is having a more positive impact on more people, and giving more customers and non-customers just an opportunity to be a part of something that's a positive social movement,” Pestalozzi added. 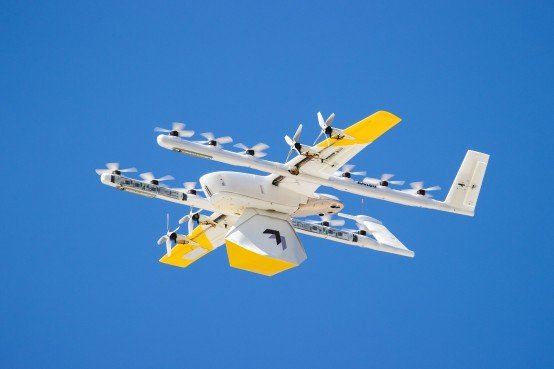 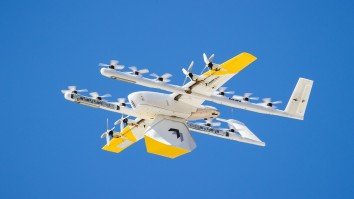 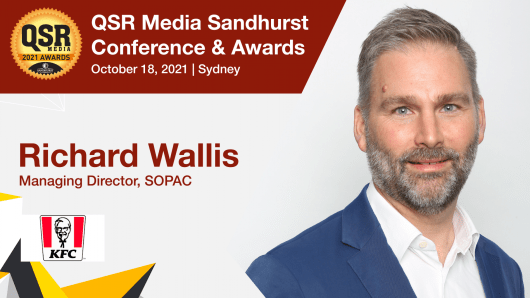 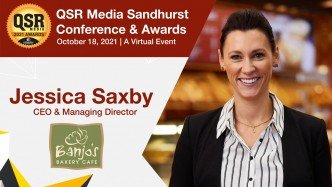 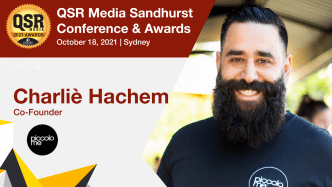 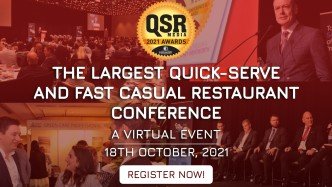 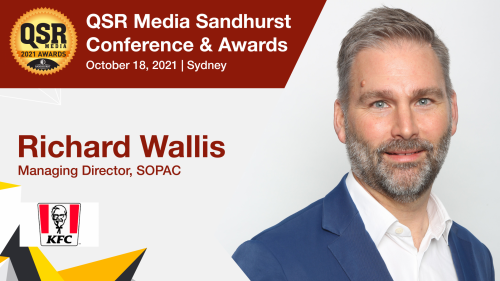 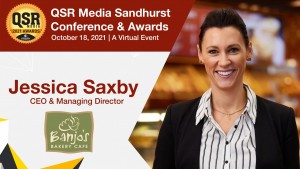 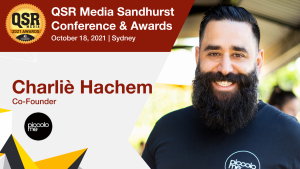 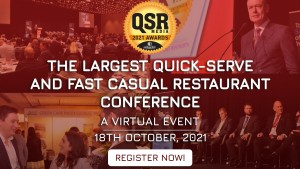