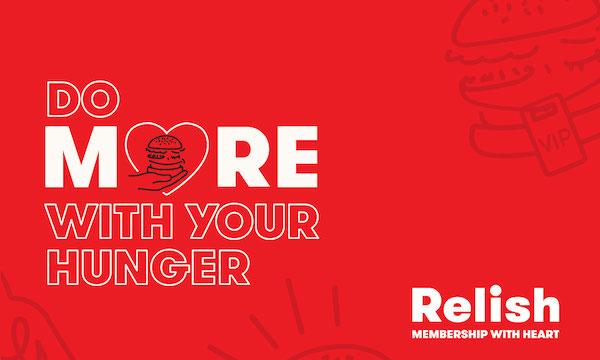 The burger restaurant group is aiming to have over one million Relish members by the end of the year.

Grill’d has officially launched its Relish membership programme, which intends to differentiate itself from others by offering customers the chance to donate meals to people experiencing poverty and homelessness.

Last week, the Australian burger restaurant group gave some of their most engaged members the choice to donate a meal or take a free burger. 66%, according to Grill’d, chose to donate which means that 5,554 meals will be distributed by Vinnies national food services to people in need.

“Through Relish, we want to better understand our members; what motivates them, what they love and what keeps them coming back. It will allow us to not only thank them for their continued custom but to keep innovating our offer and giving them more of what they want, which includes giving to others,” Grill’d founder and managing director Simon Crowe said.

Grill’d says all donations are being tracked and Relish members who donate will be recognised as a ‘Hunger Hero’ after their first donation, ‘Relish Champion’ after their second and ‘Relish Legend’ after their third.

The group is aiming to have over one million Relish members by the end of 2019 and give Vinnies more than 80,000 meals over the next year.

Relish also gives members attainable benefits like free chips after the second visit, free drinks after the fifth visit, and as well as exclusive menu trials and invitations to surprise events.