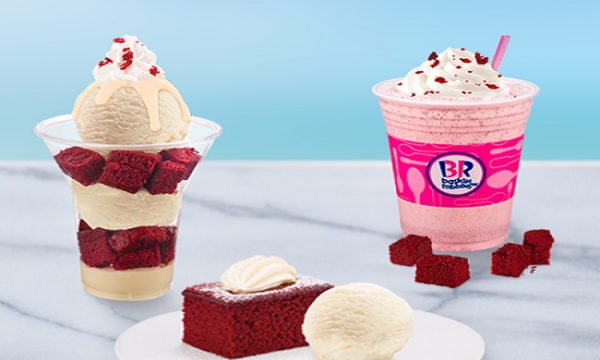 During the months of January and February, Baskin-Robbins will offer three desserts: the return of the Deluxe Vertical Sundae and Cake Shake, and the debut of the limited edition decadent Red Velvet dessert.

The Deluxe Vertical Sundae is stacked with a double thick custard base, then layers of Red Velvet Cake, combined with Baskin-Robbins’ vanilla ice cream, and finished off with white chocolate sauce, whipped cream and a few sprinkles of Red Velvet Cake.

The decadent Cake Shake, available in both Regular and Large, features Baskin-Robbins’ vanilla ice cream, blended with Red Velvet dessert, then topped with whipped cream and finished off with a few sprinkles of the Red Velvet Cake.

The Red Velvet dessert includes a rich Red Velvet Cake with a white chocolate and cream cheese frosting and a sprinkling of icing sugar. Served with a scoop of vanilla ice cream, or the guest’s choice of any one of the Baskin-Robbins premium 31 ice cream flavours. 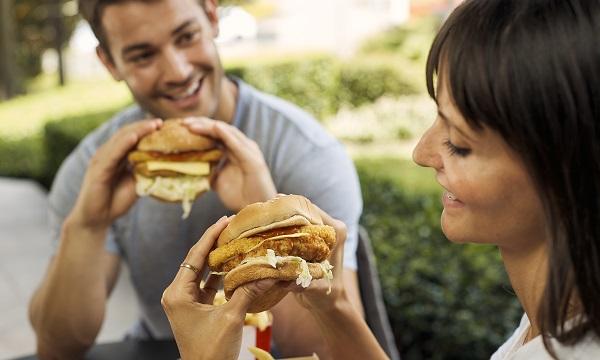