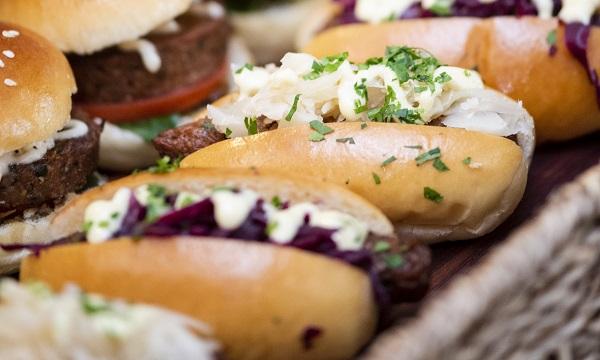 v2food is expected to introduce a faux-meat take on Hungry Jack’s Whopper.

Led by former Masterfoods and PepsiCo research director Nick Hazell, v2food was formed in 2018 by CSIRO’s Innovation Fund, managed by Main Sequence Ventures, a part of the Australian Government’s National Innovation and Science Agenda (NISA), in 2018.

“We’ve drawn upon the best food, nutrition and sustainability science from CSIRO to develop a sustainable and nutritious product, with an unmatched texture and flavour. The goal is for our product to be a delicious alternative to meat, accessible to every Australian,” Hazell said.

v2food’s range of plant-based meat products include the company’s ‘mince’ that is made from legumes, containing added fibre and nutrients.

“The [plant-based proteins] category is set to explode. I’ve eaten beef all my life but I’ve tasted the v2food and it tastes as good as beef,” Competitive Foods Australia chairman and CEO Jack Cowin said in a statement.

CSIRO projects this new industry to be worth over $6bn by 2030 in Australia. v2food, assisted by CSIRO, also plans to capacitate Australia to process legumes for plant-based meat alternatives.

“This isn’t about taking a share of the existing meat market, this is an additional opportunity to create a new market that could add $6 billion to our economy by 2030,” Hon. Karen Andrews, Minister for Industry, Science and Technology, said.

v2food says it will start to appear in restaurants and cafes throughout the remainder of the year, with the aim of having a “leading presence” in stores and cafes around the country come early 2020.