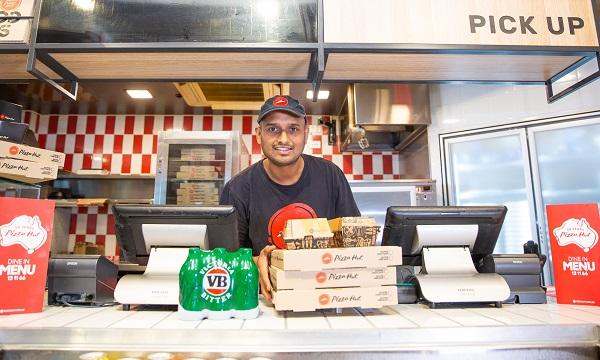 Queenslanders and Victorians will be the first to try the new service before the chain rolls it out nationally.

Pizza Hut Australia announced it is now adding beer to its menu, offering a six pack with pizzas, chicken wings or pasta from $19.95.

Queenslanders and Victorians will be the first to try out the new beer delivery service, now rolling out across participating stores.

Pizza Hut said it has plans to extend beer delivery nationally “in the near future.”

New research commissioned by the pizza chain revealed that 39% of Aussies “feel judged” about their beer choices, whilst 38% admitted to choosing their beer based on “how others will perceive them.”

Pizza Hut’s selection of beers include Victoria Bitter, Great Northern, and Corona. Queenslanders can also choose from XXXX, whilst Victorians can grab a Furphy.

The move mirrors the beers Aussies like to stock in their fridge, with the research showing 78% have VB, Corona, Furphys, XXXX and Great Nothern in their fridges. This rose to 85% for Queenslanders.

Aussies feel more comfortable about their drinking choices when at home, with 40% agreeing they would change their beer choice, opting for more familiar beers.