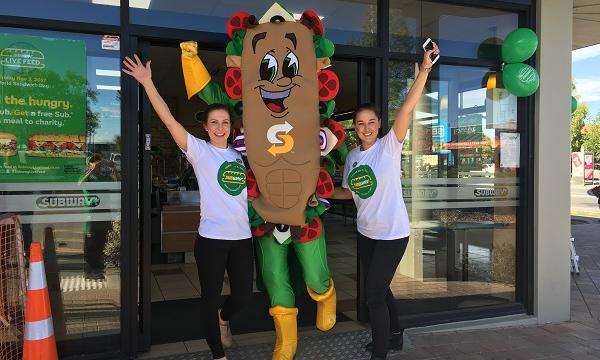 Subway is targeting to donate over 300,000 meals in Australia alone in their Live Feed campaign on November 2.

Partnering with charity organisation Foodbank once again, every guest who will visit a Subway outlet and purchases a sub, salad or wrap on the said day will get another one free, and Subway will donate the cost of a meal through Foodbank to those seeking hunger relief.

“It’s hard to imagine what 280,000 meals actually looks like but it provides the equivalent of AU$3.5 million in benefits to health, emotional wellbeing, sense of self-worth, social relationships and ultimately overall standard of living for the food relief recipients,” Foodbank Australia Brianna Casey said.

Each donation on November 2 will be captured on the Subway Live Feed digital tracker. Customers can follow the progress of hitting their aimed by going to their website.

“Subway invites the whole community to get behind our Subway Live Feed initiative this year. All participating Subway restaurants, from regional locations such as Manjimup and Toowoomba to our metro restaurants across Sydney, Melbourne, Brisbane, Adelaide and Perth will be celebrating on November 2,” Subway’s country director for Australia & New Zealand Geoff Cockerill said.