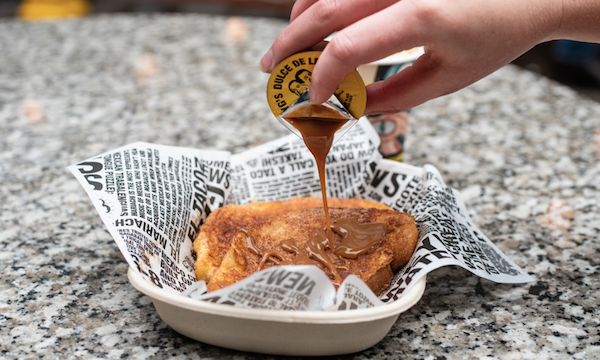 The Mexican chain operates around 135 restaurants across markets.

Guzman y Gomez has surpassed $1 billion in revenue since opening its first site in Newtown.

“It’s credit to founder Steven Marks & co-Founder Robert Hazan who created the brand and built it alongside our franchisees, restaurant managers, crew and Hola Central staff. Everyone in the GYG family truly believes we are changing the perception of fast food where our guests can eat great food that tastes as good as it looks,” Guzman y Gomez chief marketing officer Lara Thom said in a LinkedIn post.

Guzman y Gomez operates over 135 restaurants and drive-thrus across Australia, Singapore, Japan and the United States, 80% of which are franchised.

Priced at $6.50, the new offering consists of two slices of fresh bread cooked French Toast-style with an egg , coated with cinnamon sugar and served with their Dulce De Leche on the side.

“Since launching breakfast in 2018, GYG’s Café Hola Breakfast restaurants are really starting to explode. Our growing breakfast menu is putting GYG on the map and we’re not stopping! We put Churro Toast into a couple of restaurants as a trial and sales exploded, it’s just that good,” explained Guzman y Gomez founder and global CEO Steven Marks said in a media release.

Note: The article has been updated to include information about Guzman y Gomez surpassing $1 billion in revenue.