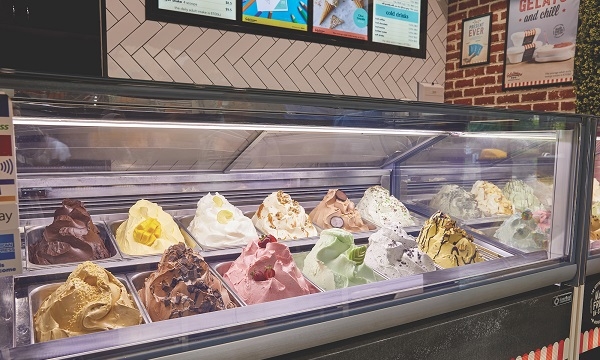 Store launches are also set for ten locations internationally, including the United States.

Gelatissimo confirmed it will have store launches set for ten locations around Australia and an another ten internationally.

This includes the gelato chain’s continued growth into the U.S. market, with their Houston store set to open in June and several in Hawaii later in the year.

“Global expansion is at the heart of our strategic plan for 2021/22,” Gelatissimo CEO Filipe Barbosa said in a media release. “We will celebrate 20 years of successful growth in 2022 and so feel the time is now right to really ramp up our international presence and cement our brand on a world stage.”

Gelatissimo appointed retail executive Bruce Rosengarten to its Board in January to help accelerate growth for the brand. Kerri Wane also joined the team recently as general manager for Gelatissimo’s international business.

The brand also launched a new website in the hope to attract potential store owners, particularly within emerging locations in Queensland.

“We have spent the last two decades enjoying sustainable growth and an ever-increasing brand awareness nationally. We are now looking to the future with excitement as we undertake this new chapter, focused on continued brand growth around the world,” Barbosa added.