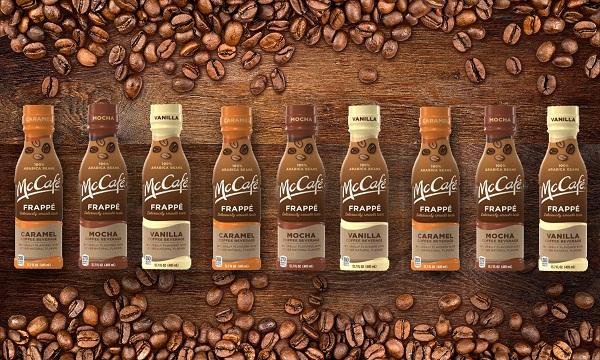 According to a release, McCafé USA will expand its retail presence by partnering with The Coca-Cola Company to introduce a line of ready-to-drink McCafé Frappé beverages in three flavors: Caramel, Vanilla, and Mocha. The bottled drinks will be available nationally in retail stores in early 2018, as part of the push to relaunch the McCafé experience.

According to a release, Taco Bell and Microsoft's Xbox hosted a pop-up video arcade in Seattle from the 1st September until the 2nd to promote the Xbox One X gaming console and the Steak Quesarito $5 Box. Taco Bell and Xbox are giving fans nationwide the first chance to win the new Xbox One X with a single purchase of the new Steak Quesarito $5 Box until the 4th of October.

According to a release, Shanghai's Oriental Pearl Tower lit up with a light show as it turned red to celebrate KFC's 30th year in China. Emblazoned with the words "We are 30!", the 468-meter tower became a beacon for KFC for the night as the brand welcomed fans and partners to join a unique party at Shanghai's most iconic landmark.

According to Marketing Dive, Burger King France is set to offer its customers a new promotion of "Mystery Burger”. For two euros, diners can play a mini-game of roulette to get one of the fast-food giant's 10 iconic burger options randomly served in a plain white box. Those menu items include the Whopper, the Steakhouse and the Big King XXL, per the release. The campaign was created by French agency Buzzman and will be on offer through the 25th of September.