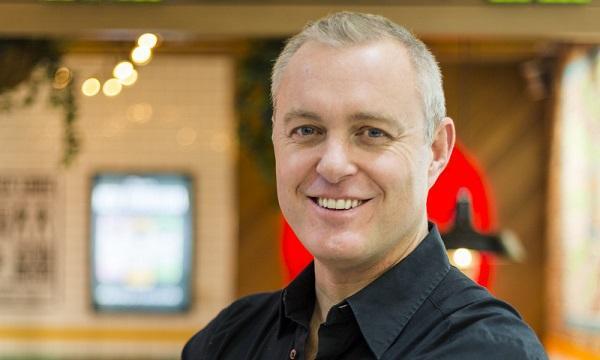 Founder and CEO Clovis Young talks to QSR Media about wanting to be the 'Simon Sinek of food', his long-term view on plant-based eating, and the chain’s goals for 2021 and beyond.

Mad Mex remains committed to its push towards more vegan and vegetarian consumption, with its founder envisioning to have 30% of its sales come from the growing segment, courtesy of a growing flexitarian market.

The Mexican fast casual restaurant brand launched its MeatFree Mondays initiative earlier this year (where they offer $2 off for items from their Powered by Plants menu), remarketing it after getting frequency and transactions back into the restaurants after the height of the pandemic-induced restrictions.

“We're going to do this for two years; we don't believe that you can influence change in behavior over a one-month campaign. Or if you do, it's just not meaningful,” founder and CEO Clovis Young told QSR Media in an exclusive interview.

“It costs us a bit of money - 20% of our price point on a regular basis over a long period of time is really bad for a business with 10% margins - but we're doing it because we think it's critical that we encourage people, it's part of our purpose to encourage people to live a big, honest, healthy life.”

“If that means that we have a planet we can all live on then we're willing to sacrifice a little bit of the profit margin to try to encourage the behavior, which we think is almost what we're contributing to society,” he added.

The chain initially started its vegetarian range with a tofu and tomato-based product. (That was kind of popular, but never got anyone too excited,” Young admitted.) They found better traction with their 100% Not Chicken offering, done in partnership with Simplot, which caught the attention of the vegan community.

“In fact, the biggest problem we were having is that people were thinking that it was really chicken and we're calling us up, angry at us because they thought we'd accidentally give him chicken. And to me, that's always been the key...that the products begin to taste as good or better than the real thing,” he said.

At the moment, Mad Mex’s vegetarian or vegan items make up 13% of their sales. Product development, Young reveals, was tedious, opting to not compromise on the quality and ensure the chance to convert people into flexitarians.

“Unfortunately, that meant we had to try everything. So we might have tried 15 [types of] vegan cheeses. Some of them were so bad that people were getting nauseous during the taste testing; we would have tried 30 vegetarian or vegan proteins and only 10% were any good,” he narrated.

“To get that one new thing, we had to test 50 things over two years. We feel like we're curating the customer experience in a way that they don't need to know about, but they get this benefit from all of our effort. So that when they do try it for the first time, they're going to say, ‘That's great.’”

Young cited four factors they are looking at to grow their sales in the vegan and vegetarian front: having a good product, pricing adjustments in light of growing beef sales, education through television content shown in their restaurants and more promotional events to further target vegans, vegetarians and flexitarians.

“Our role is to encourage and create opportunities for people to make their own choices,” he said.

A purpose-driven positioning
Young connects this purpose-filled push to their “Fresh Fuel for Life” brand positioning, making a case of a correlation between their food and maintaining a healthy and active lifestyle. Its namesake programme, for example, sponsors 12 to 17-year old boys and girls excelling in their chosen sport.

He argues that this form of storytelling is a better way compared to a “marketing campaign with a slogan.”

“We want to be the Simon Sinek of food,” he said. “The brands you love are Apple - because they look after you and make your life better - or Toyota, because no matter what happens, that thing's never gonna break. And that makes me feel safe. We can make Mad Mex feel safe, trustworthy and connected to their biggest life goals and aspirations.”

Young admits the project is daunting, but hopes it reaps much welcome results.

“We're still hoping, praying and doing the best work we can. Ultimately, I think it does two things: It encourages people to go and live a big, healthy, honest life, which is part of our purpose. And, we think it's great to be able to give back to the community. We all want to see young people go out, kick butt [and] take names,” he said.

More franchising opportunities seen, up to 80 more stores eyed
The height of the pandemic saw the Mexican restaurant group’s sales drop up to 65%, with stores in regional areas performing “really strong” as opposed to locations with CBDs.

The brand responded, Young described, by establishing a few principles: look after their staff and customers, “protect” money where they could, look for opportunities and “try to be the last man standing.”

“We saw it as a chance to interact with a whole new lot of customers...that might be forced into channels that they never used before. So we wanted to make sure that we were open wherever we could be,” he said.

Delivery services, for example, were complemented with a reporting system where Young and the Mad Mex team could observe how effective their spend was on different online campaigns.

“We got much more sophisticated really quickly about how we spend money and how tangible the impact was.”

Mad Mex currently operates 70 restaurants across Australia and New Zealand, two-thirds of which are franchised. Young reveals the brand’s goal of adding 50 to 80 stores in a two-year time frame, observing that entry points for potential franchisees are getting “cheaper.”

“The landlords are understanding and realistic about the kinds of rents they can charge; they also understand that the banks aren't as likely to lend money, so we're getting better deals,” he said, adding that franchised locations might comprise between 80 to 90% of their eventual store count.

Young, who personally took over all lease negotiations for their franchisees, sees the growth plan as an opportunity to help ailing stores, most of which are in CBD locations.

“Even on a good day, they're down 40% like-for-like, but the rent isn't always going down...We're still fighting like hell to get them some help because if they got to pay full rent on that, then they probably don't have a sustainable business for three or more months,” he said.

On Mad Mex’s Asian expansion, he describes Singapore and Malaysia as “works in progress”, expecting master franchise partners to halt any growth-related activity for at least 12 months.

“It really depends on how resilient and how committed our partners are,” he explained. “They don't have the same kind of lease protection as we have. A lot of people are being asked to pay for rent even though the shopping centers are closed. Those are some really tough situations so that's going to be a hope and pray kind of thing.”

The former Wall Street equities trader also expressed concerns over loans being borrowed by governments to navigate the public health crisis and its potential impact in the global economy in the next 12 to 18 months.

“We've caught the cold, we've taken the first round of antibiotics, and everyone thinks we're okay. But there's a really scary potential for the economy to have a kind of a relapse, even after COVID goes away. That's when the real economic impact of this will be felt,” he warned. 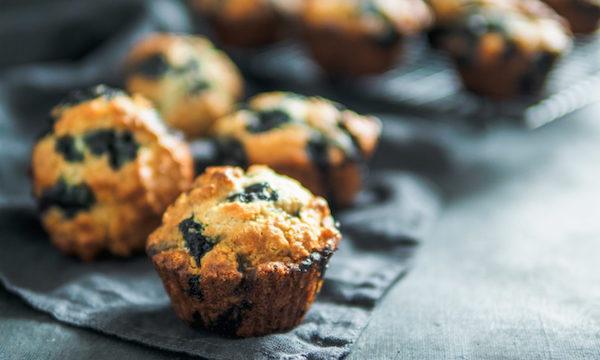